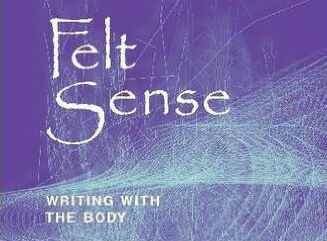 What is “Felt Sense” and Why Do We Need It?

There are many different ways of saying “felt sense.” Some people say “your heart,” some people say “your gut,” and others may say “your internal guidance system.” I prefer to say felt sense because this inner knowing is a sensation felt somewhere in the body instead of thoughts in the mind. Regardless of what phrase you prefer, each is describing an inner knowing that is not necessarily logical. The development of one’s felt sense is absolutely essential in order to live one’s true nature and purpose.

Most people I work with are extremely intelligent and successful, yet there are still one or two areas in their work or lives that are lacking or despite their success, they are unable to appreciate it. Surely smart people should be able to figure out the puzzle pieces to their conundrums and correct them, right? I have found intellect alone is not enough.  Even still, intellect alone, unchecked, can steer a person away from living their true path.

An intellect without a felt sense is like a powerful telescope without someone at the helm. It has the capacity to magnify countless objects in space and derive incredible amounts of information from them, yet without someone to wisely focus its attention, the images it collects has no purpose. Likewise, felt sense without the powerful intellect is like knowing exactly where to look in the sky without the powerful tool of a telescope to magnify it. The marriage of the two is crucial.

In Western society, the latter is not nearly as common as the former. Since we were born, we receive endless messages about who we are or who we “should” be. When a child grows up to a father who was overly critical of them, they may become an overachiever, make millions of dollars and still feel turmoil inside. An overweight person may get messages from magazines about what perfection should look like and develop an eating disorder because of it. A child who was abused by their mother growing up may decide the world isn’t safe and become fiercely independent at the cost of interpersonal relationships. How do these individuals detect a problem? It is by tuning in to how they feel inside! The intellect alone will likely not detect a problem.

The millionaire’s intellect may say, “I’ve arrived, look at my bank account,” yet inside there is tightness in their chest, a gut feeling that something is missing or some other felt sense indication. The person with the eating disorder may think, “I’ve made it, I’m finally down to the size I want to be,” but somewhere inside themselves, if they let themselves feel, will be some indication that an eating disorder is not providing lasting wellbeing. The fiercely independent person may think, “I am so happy, I know how to make it on my own,” and at the same feel loneliness and that something is missing, perhaps not knowing what that something is.

At this juncture, there are two choices. The first is to continue on the same path, doubling down on one’s efforts to ignore the felt sense, perhaps needing to actively engage in behaviors to squash or numb it entirely, such as drinking or other addictions. The millionaire can continue to overachieve, the person with an eating disorder can continue it and the fiercely independent person can continue being alone.  Yet not without negative consequences that build over time.

The other option is to pay closer attention to what the felt sense is attempting to tell us, as feeble as that felt sense may be in the beginning after years of ignoring and numbing, and actually use that to help us inform our decisions.

This latter option often takes incredible courage because the information gained may demand the individual make corrections. This can be confronting. It also takes strengthening the muscle of turning inward for answers. If a person has been ignoring their felt sense for decades and finally has some major breakdown that propels them inward, the experience can feel foreign and scary. As a coach, I assist clients to make friends with their felt sense, to strengthen it and hone it. To give it a voice so to speak so that it may wisely guide their lives.

When a felt sense is finely tuned and trusted, it becomes a dependable North Star or compass we are able to rely on again and again. When the intellect surrenders to and is in service of the wise, finely tuned felt sense, transformation and manifestation become rapid and lasting. The results are incredible and the peace and genuine happiness gained from using the intellect as the tool it was intended and the felt sense as the discerning guide, is remarkable.

My recommendation for anyone feeling stuck or confused is to pay closer attention to those nagging sensations in the heart, the gut, the solar plexus or anywhere else, usually between your neck and naval, no matter how faint those sensations may be. They are trying to tell you something extremely important that will likely make all the difference in the world to your happiness, health and abundance.